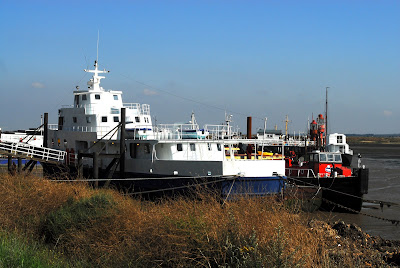 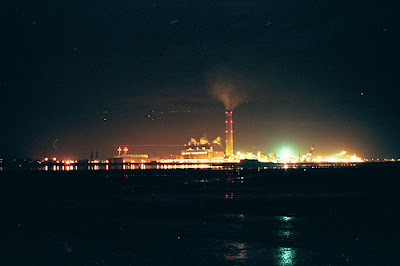 Living in France means no sea kayaking at night. Our last night in UK with almost a mirror surface we launched from Gillingham Strand to journey up the Medway with the last couple of hours flood.

I anticipated leaving the Van at the head of the slipway, but a number of local ‘chavs’ dissuaded me … they were currently amusing themselves throwing pebbles at the the last two Jet skiers. With the van parked in the car park my short walk back to the shore coincided with the last few minutes of light.

It was an interesting paddle, a bit like jumping on a conveyor belt, we sped along with the current jumping off to take a look at Upnor castle, in fact it’s far more impressive by night with the floodlighting

After being serenaded by another group of ‘Chavs’ we began our return trip just short of Rochester bridge. 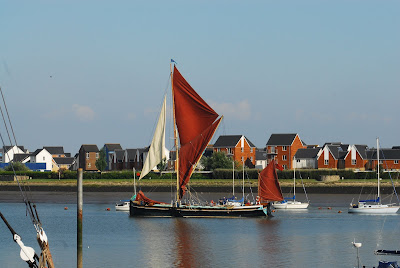 The following morning we took a walk along part of the previous night’s journey. Despite the very urban nature we were rewarded with this view of a rather elegant Thames Sailing barge.

As we moved along the shore we came across numerous ruins, including an old concrete bunkhouse. It’s position on the mud shows quite clearly how the land is receding. 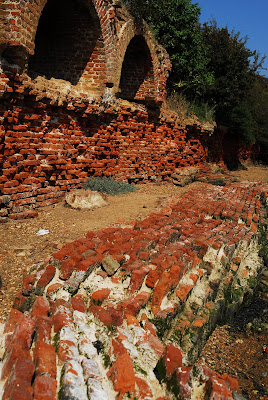 This part of the Estuary is also home to a large community of houseboat dwellers, the range of craft on the moorings is wide, from Dutch steel barges to tug boats and lightships ! 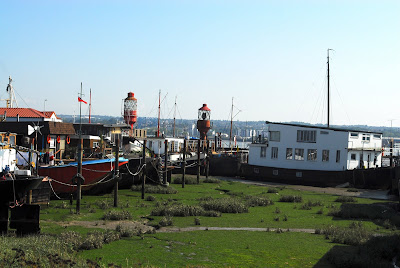